The Roman Empire grew to be huge.  It covered most of Europe, North Africa, and parts of Asia.  Just getting messages from Rome to the outer parts of the Empire took weeks.  The Empire had become too large to rule effectively.  The outer provinces were pretty much doing whatever they wanted.

Emperor Diocletian was looking for a way to fix this and other problems.  He decided that the only thing to do was to actually break the empire into two pieces. One piece would be the Western Empire, which included Rome. The other would be the Eastern Empire, which included Constantinople. There would be two emperors, working together against outside enemies, but each ruling their half separately. Of the two, the emperor in charge was the emperor of the Western half, the half that included the city of Rome. 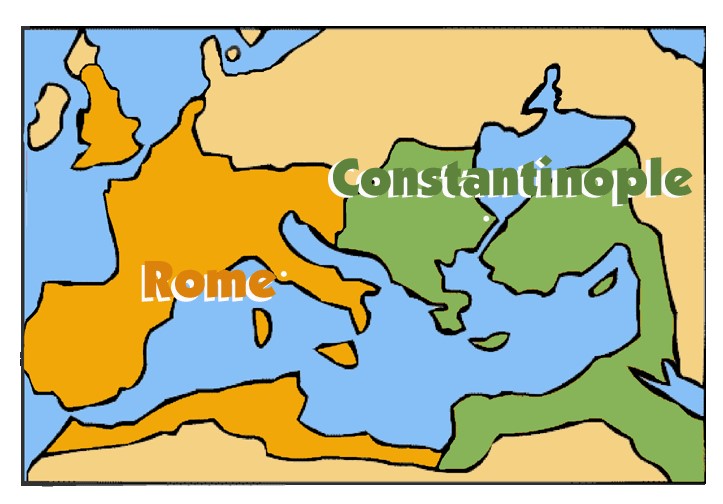 This turned out to be a very good plan, at least for the Eastern half of the empire.  In 479 AD, when the Visigoths sacked Rome, the Western Roman Empire collapsed and Europe entered the dark ages.