Slaves were an important part of Roman life. A wealthy Roman might have as many as 400 or 500 slaves! That's because slaves did everything in the Roman world.

There were many ways people became a slave in ancient Rome. The Romans kept people they conquered, mostly the soldiers and women, as slaves for a while. But anyone from a newly conquered land could be made a slave. If found guilty of a crime, you might find your punishment was to be a slave. If you were kicked out of your family for whatever reason, you might be forced into slavery having no other way to survive. The Romans had so many slaves that at times the slaves outnumbered the citizens in Rome.

Slaves were considered property and had no legal rights. Slaves could be sold. Slaves could be freed by their master. Slave children could be adopted into a Roman family, and were then treated like any other Roman child.

Slaves with skills or education worked as teachers, accountants, doctors, engineers, craftsmen, and served in the homes of the wealthy. Most of these slaves were treated well. Greek slaves especially were in high demand because they were well educated. Skilled slaves were allowed to earn money and keep it. 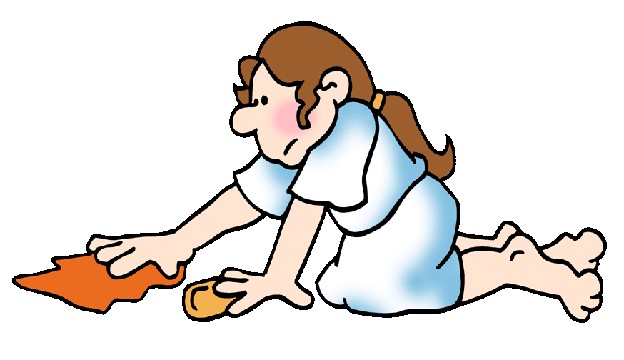 Slaves without special skills were sometimes brought into the homes of wealthy patricians to do the housework.

Those not so fortunate, by comparison, were sent to work on the farms, on ships, in the mines and mills, and in the games. Their life was brutal.

Slaves did revolt from time to time. The most famous revolt was led by Spartacus who was a slave in the gladiator pens. He and other gladiator slaves revolted and for years they fought against Rome. They lost.